Countries can choose fairness. It is not a matter of fate or national destiny. That’s deeply heartening for those of us worried by the extent of unfairness in our current world.

This is the clear conclusion of a recent paper considering the case of Sweden, now one of the most equal and fair developed economies.

In The Swedish Sonderweg in Question, Lund University economic historian Erik Bengtsson challenges the multiple theories that in some way this Swedish fairness is innate in the national psyche and was always present and/or inevitable.

There are a number of elements of his argument but the core point is reflected in this chart: 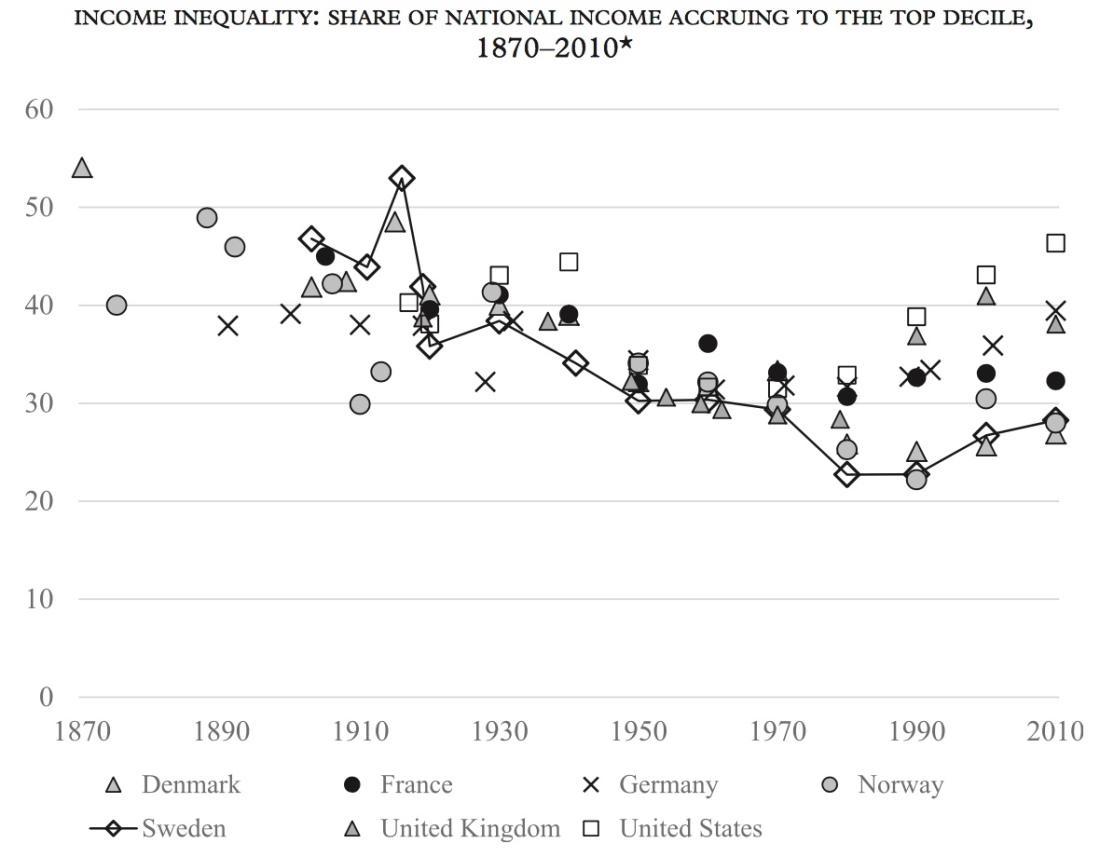 In contrast to the argument that fairness is innate in the Swedish nation this chart makes clear that Sweden actually used to be an outlier in the opposite direction. It was much less fair than other similar countries until the dislocations of the First World War, and the differentiation that is now assumed by many to have been there forever really developed only over the second half of the 20th century.

Bengtsson discusses various ways in which this greater fairness was delivered in practice, through a deliberately chosen democratic shift in the way in which the benefits of economic prosperity were shared.

If the Swedes actively chose fairness and have delivered it, so can others. Given that the most unequal states currently do not match the peak unfairness that Sweden experienced around 1910, there must be a way back for them too. We just need to choose fairness.

The Swedish Sonderweg in Question: Democratization and Inequality in Comparative Perspective, c1750–1920, Erik Bengtsson, Past & Present, gtz010, 27 May 2019

2 thoughts on “Fairness is a choice”